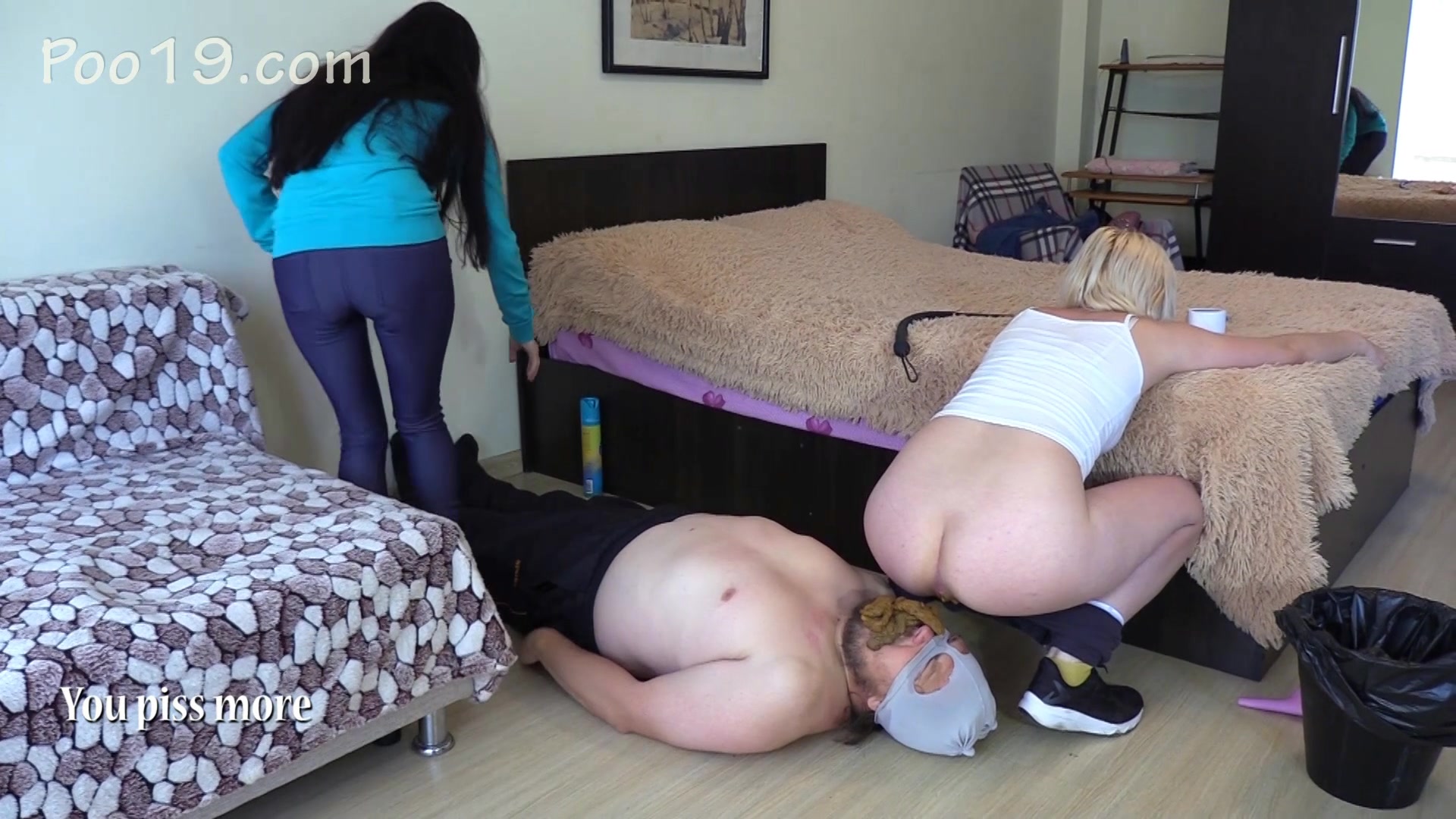 Recently, Mrs. Christina and Victoria like to have fun with two slaves. They do it sometimes, so this time they invited me and Bernar. Usually I serve girls alone, and for me it was the first time I had to serve girls with a partner. I am considered the best eater of shit, so the Mistresses decided specially to use my mouth to send their fragrant poops into it.

I really like to eat female shit, but I also really like to lick a beautiful girl in her ass after she have pooped. This time I was not lucky, and the second slave licked the girls’ asses.
This session was quite difficult for me. Mrs. Victoria and Christina like to admire the red back of a slave who is flogged by a whip. They flogged me when I was kissing their shoes, and after flogging, the girls trampled on my body. Finished having fun, the girls wished a toilet. Serving as a toilet was also not easy. The Mistresses completely filled my mouth with their poops and made a big pile on my face. Christina’s shit was very bitter and very smelly, and I am very sorry that I could not try Mistress Victoria’s poops in their purest form, because she was second in turn, and small pieces of her shit fell on Christina’s shit. With great difficulty, I had to swallow a huge pile that the girls made on my face, and the second slave was licking asses of girls carefully. The girls were satisfied with both slaves. 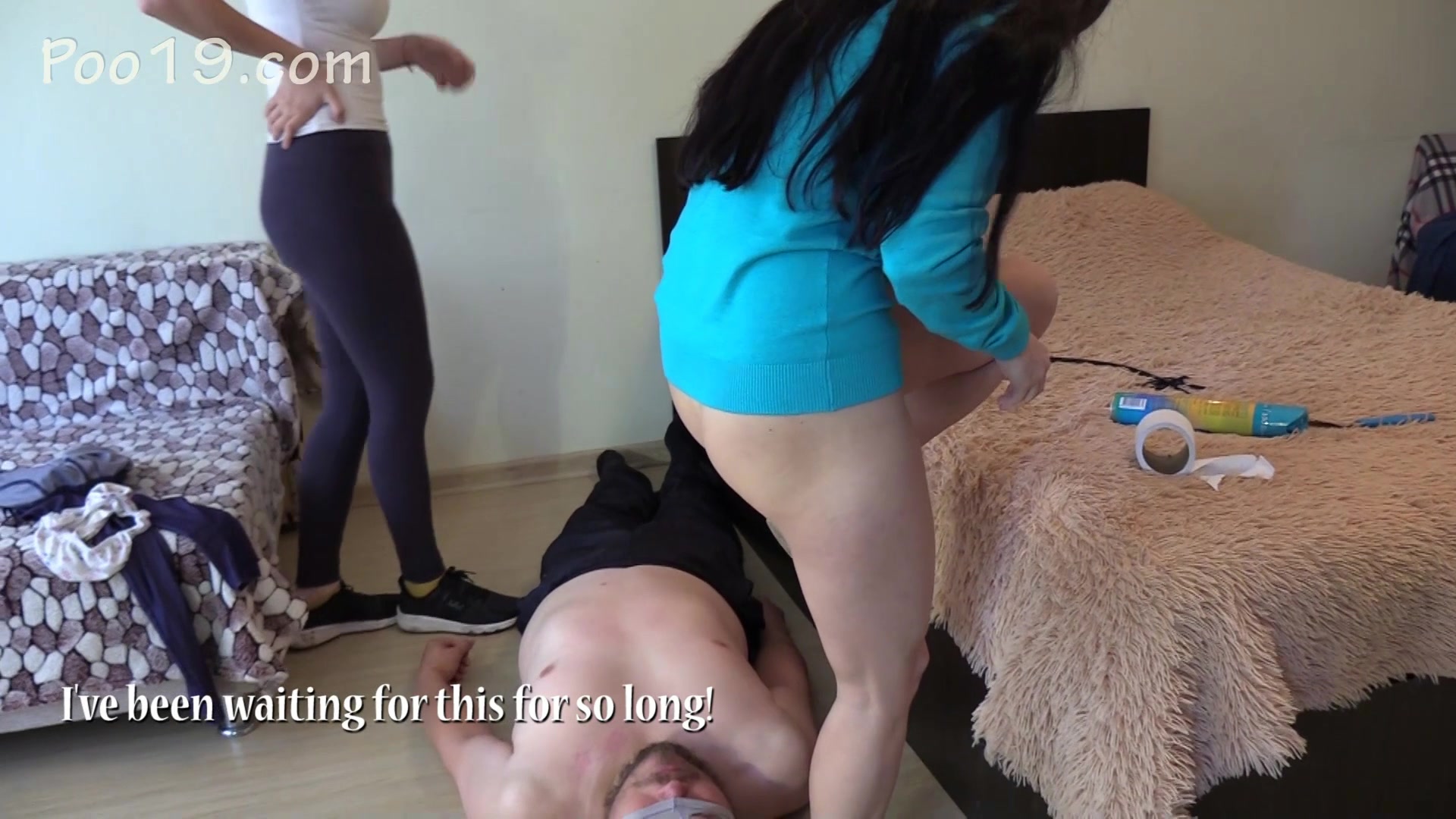 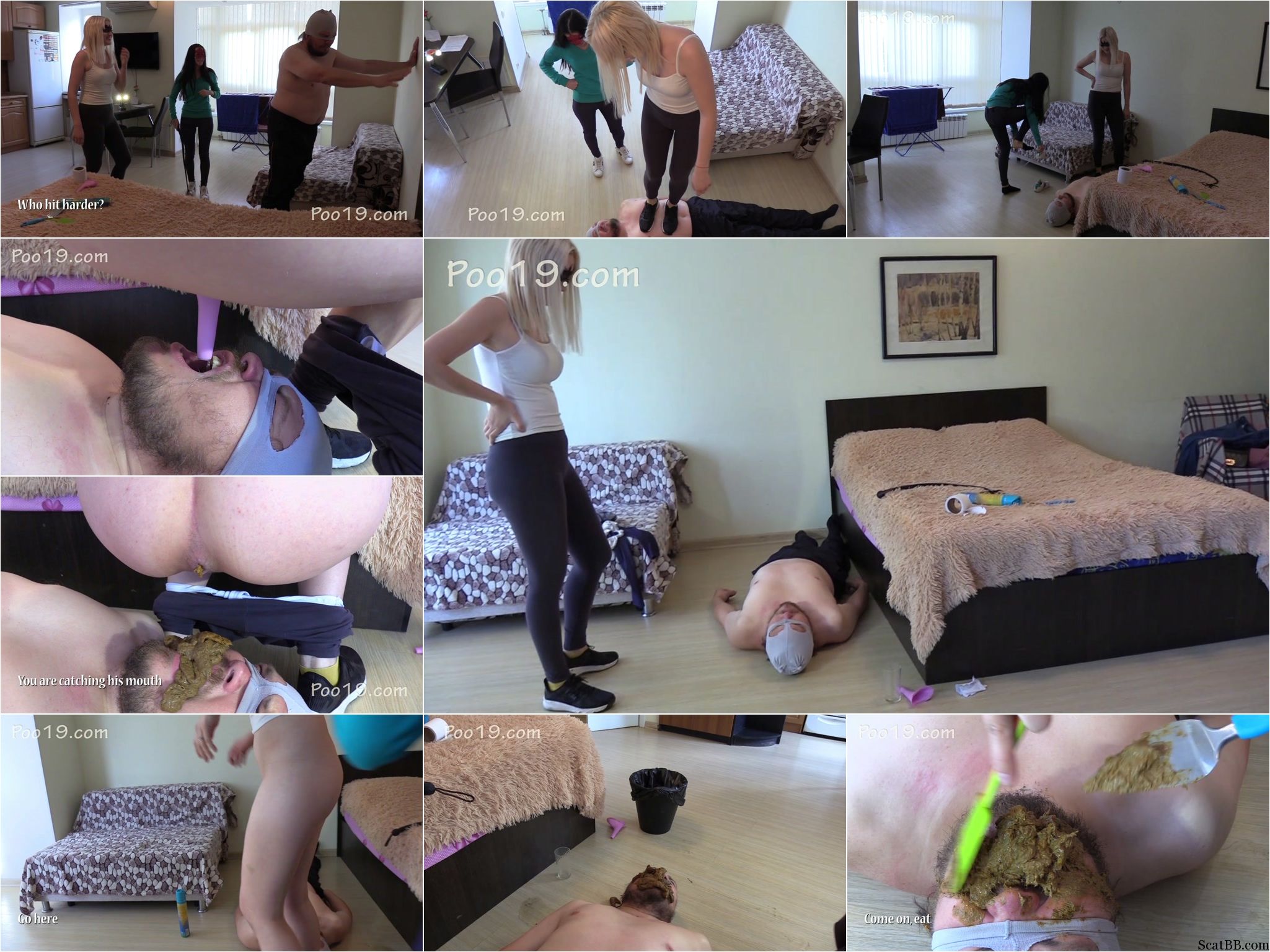 https://takefile.link/bkuuq0mjrydu/One_is_eating_the_other_is_licking.mp4.html?referer=scatbb.com​
Continue reading...
You must log in or register to reply here.